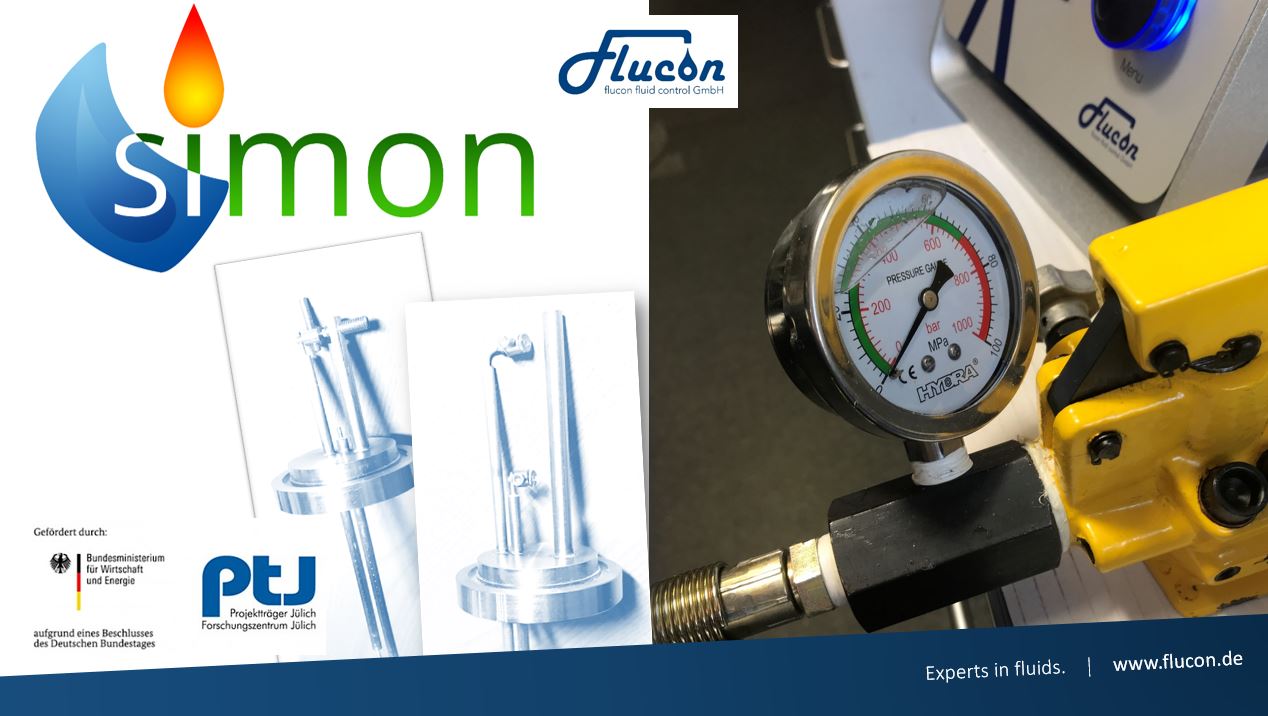 Getting involved in a European solar project.

Since 2017 our team has been supporting an international project which goes by the neat name of SIMON (Silicone Fluid Maintenance and Operation).

Under the supervision of German Aerospace Center DLR, SIMON is supported by the Federal Ministry of Economics and Energy and follows its predecessor SITEF, which demonstrated the applicability of silicone-based heat-transfer fluids (SHTF) HELISOL® 5A in a parabolic trough loop at temperatures of 425°C. While the SITEF project was focused on this very demonstration of feasibility, SIMON now aims at supporting the market introduction of a new kind of SHTF. 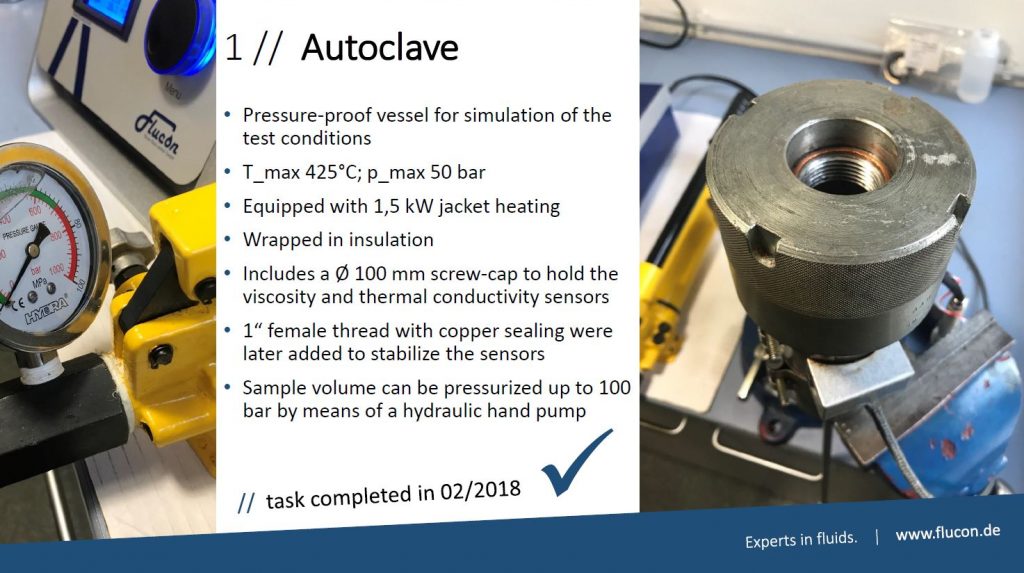 It’s getting hot: Requirements are demanding for flucon’s work packages.

In order to have metrological monitoring over the fluid stability of the newly developed HELISOL® XA, both the dynamic viscosity and thermal conductivity of the oils need to be analyzed. Since the process in a parabolic loop is based on high temperatures of over 400°C, the sensors of our QVis inline viscometer and our LAMBDA thermal conductivity meter required different measures of improvement and some reconstructive work for a heat-proof version of each of these systems. 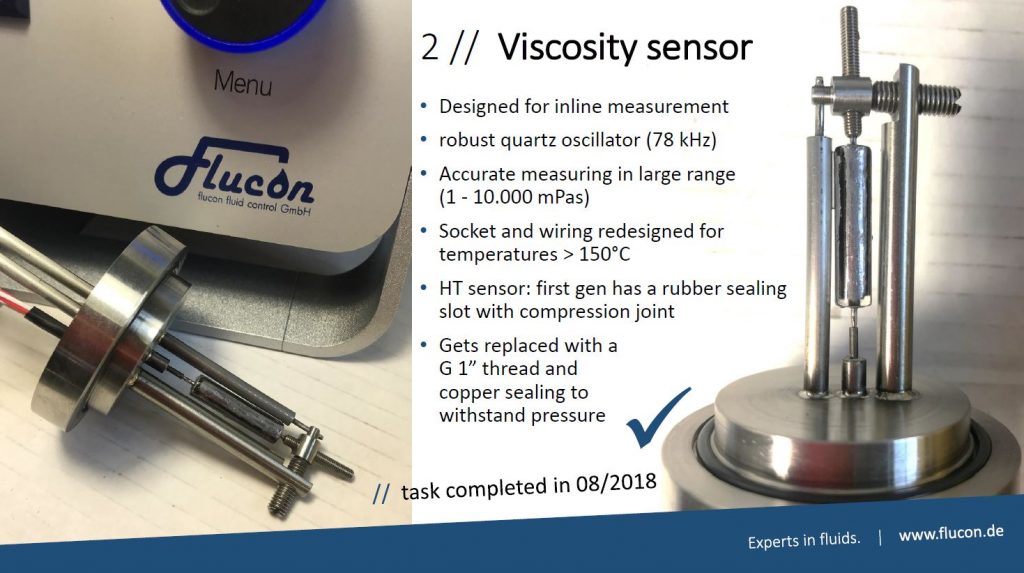 The resulting HT sensors withstand temperatures of up to 425°C and also pressures of 50 bar in permanent operation. Of course this was tested in a self-built autoclave before any installation in a loop. 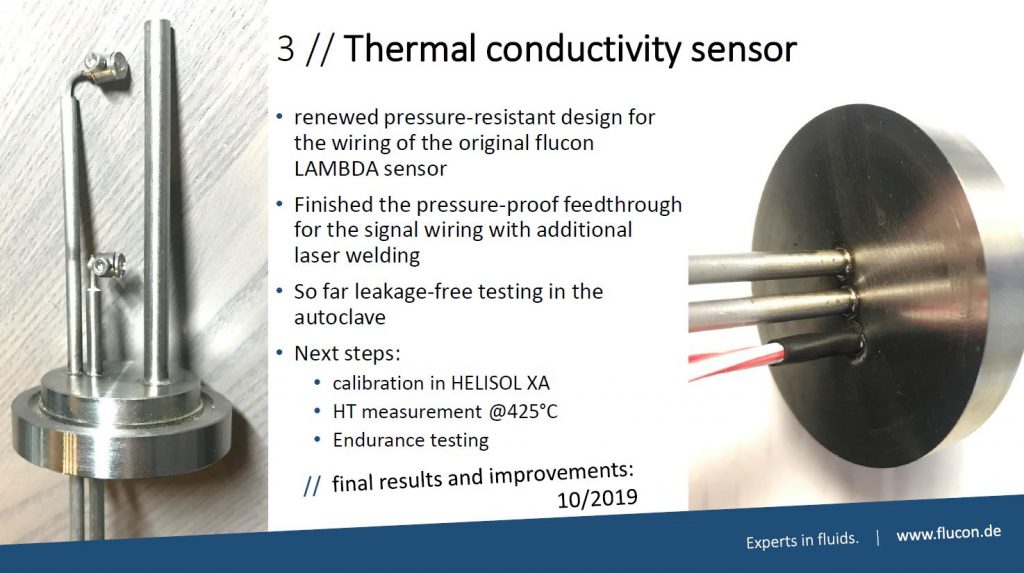 After all lab-based long-term testing has been done without any leakage, loss of function or harm to the prototype sensor materials, the HT systems are now ready for operation at the PROMETEO facility on the Plataforma Solar de Almería in Almería, Spain.

Here our sensors can help establish a refined monitoring of the performance and aging of the SHTF in use.

Thus, with QVis HT and LAMBDA HT, flucon delivers a contribution to a more efficient design of solar power plants and to an economical and ecological optimization of the fluidic maintenance in such facilities.

We would like to thank our partners in this joint project for their good cooperation.