Measuring principle of the CGS

The tubular measuring section of the CGS sensor is equipped with a temperature and a pressure sensor in order to capture all relevant operating conditions. Once the coaxial electrodes of the sensor are supplied with your flowing two-phase mixture, the gas concentration CG [vol%] is determined by means of a completely new method based on measuring the complex admittance within the CGS sensor. The two isolated electrodes inside function as sender and data receiver on either a 1 Hz (standard) or 10 Hz (high-speed version) rate. 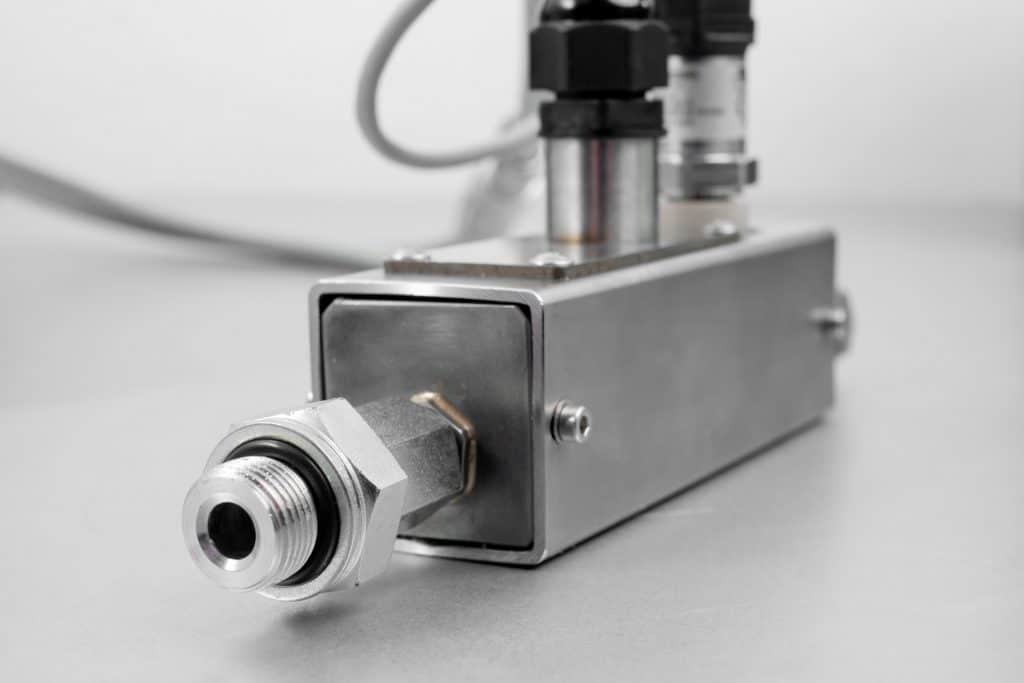 The sensor is connected to a corresponding electronic unit which can be operated by either 110-240 V AC or 9-36 V DC. Your CGS inline aeration meter can be used in stand-alone mode, via RS-232/USB with the included flucon software or via analog input through your master computer.

The measuring principle of the CGS is based on the fact that each two-phase mixture Y always consists of two components, the unaerated fluid YF and the pure gas YG:

In practice, an aerated fluid will always be composed of both parts of admittance and can be described as a system between the following two system boundaries:

Between those two extrema our CGS meter shows a linear alignment, so the accuracy of this measuring instrument is constantly high throughout the entire CG measuring range.

After calibration your CGS meter is ready for continuous measurement of the gas concentration in flowing two-phase mixtures of any phyiscal form. The calibration procedure is very simple and needs to be carried out only once for each new fluid since the corresponding data can be saved in the internal memory of your device and therefore can be restored any time.

It's possible to operate the CGS in stand-alone mode or control it either via RS-232/USB with the powerful flucon software or via analog signals (4...20 mA, 0...10 V) from your master computer.

Advantages of the CGS technology

Your CGS meter continuously displays the actual value of the gas concentration at operating pressure (CGp) and thanks to the integrated pressure sensor it also determines the equivalent value for atmospheric pressure (CG0) at either a 1 Hz (standard) or 10 Hz rate (high-speed version). This allows you to compare your results independently from your viscosity and pressure. 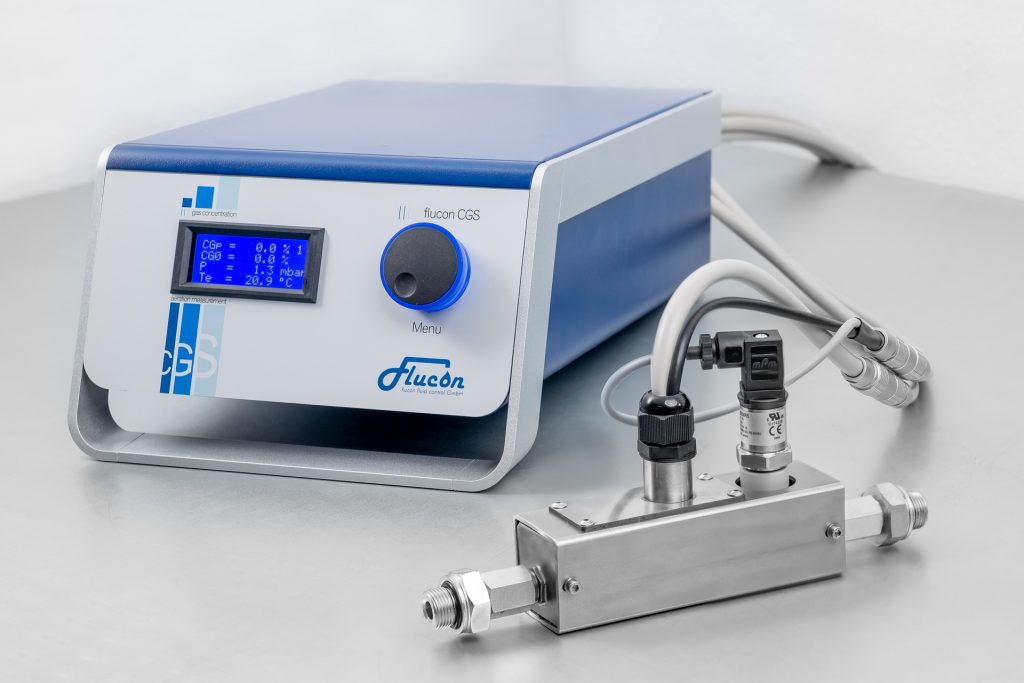